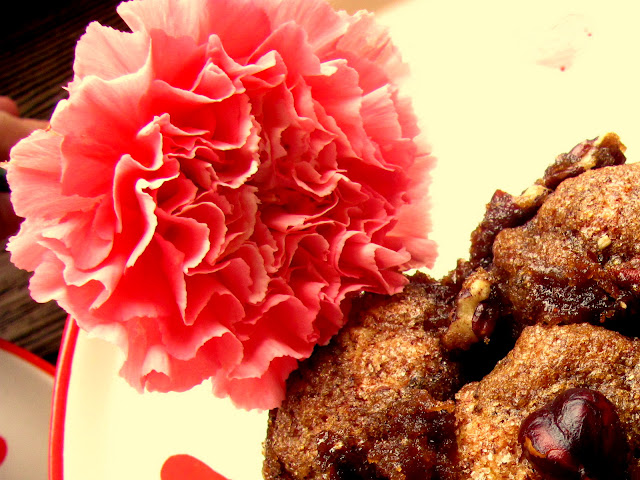 DO NOT  read this post and recipe unless you plan to bake right away
Gives you craving to have something cinnamony with a hint of vanilla and maybe chocolate . -ok add butter scotch to that . .
Yup thats what I microwaved , all of the above in chips with a few caramels and curly wurly all sprinkled with cinnamon sugar atop. . Now I was at peace to go back to the recipe and post . . .
Ps- if you want to try the dukan diet make sure your pantry doesn't boast of a good collection of chocolate chips of all kinds.
There is no saying how creative You can get with them.
Important note/WARNING
Rightly said that this cake will surely test your self control ,i needed a few caramel bars dipped in cinnamon sugar even as I begun baking these ;-) 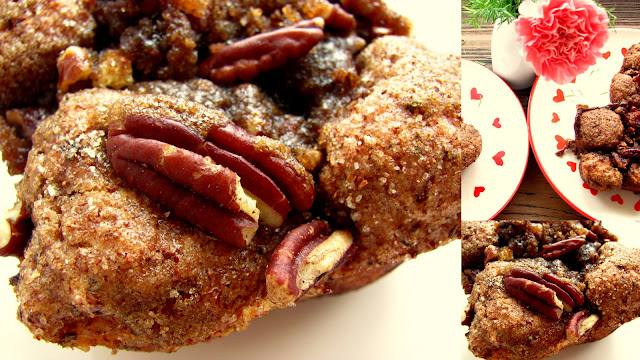 And if like me your making this coffee cake or monkey bread cake for the very first time as I was you'd be just as excited. 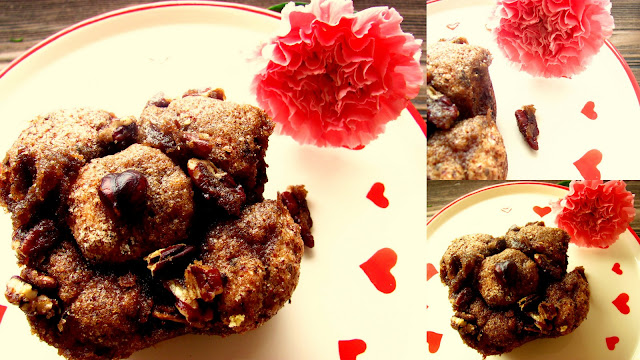 All the steps ,tossing the vanilla sugar with cinnamon in a zipper bag (or a large bowl as i did) , and tossing scoopfulls of the prepared dough to coat them all with the cinnamon vanilla sugar, placing them in the prepared pans and sprinkling with nuts and raisins    pecans as I go . . .
And all those scents wafting around while baking. 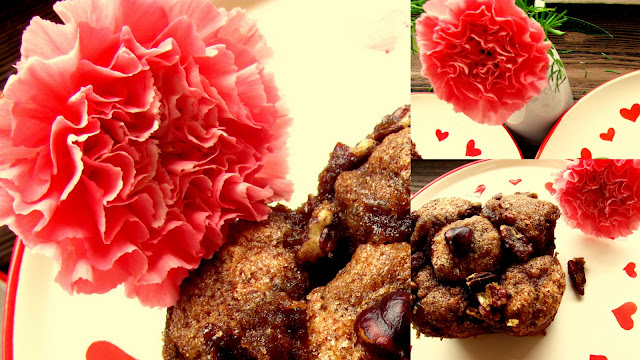 And while that bakes so waiting to have a peek a boo of how these bake , what they would look like after they bake and how deliciously the cinnamon vanilla combi would take these to a new height. 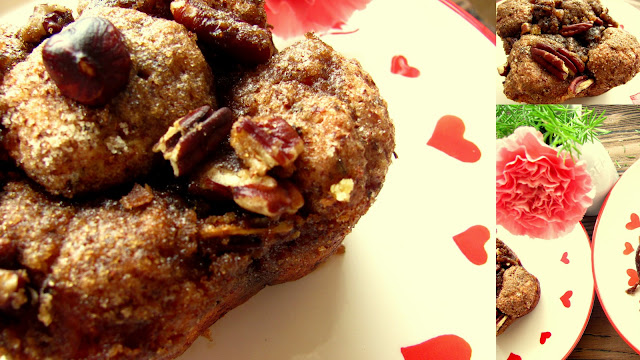 I went back and forth a many times over trying to decide on a large cake or a couple of minis, and a couple of minis in my small pan it was.
Oh all that caramelly goodness coating the crunchy pecans..... 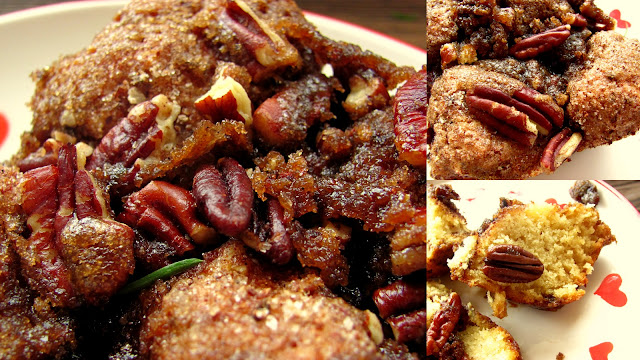 The dough comes together pretty easily , mix the dry ingredients , cut in some very very chilled cubed butter , and let some nice vanilla buttermilk or whisked yogurt bring it all together.
Then scoop balls with whatever size of scoop u want , and toss them in some Vanilla Cinnamon Sugar (ahh already getttn so good) ,  get them a bit round again if they seem to have gone outa shape and this step is soo good , all that cinnamon vanilla sugar clinging to ur warmish hands as it goes..... 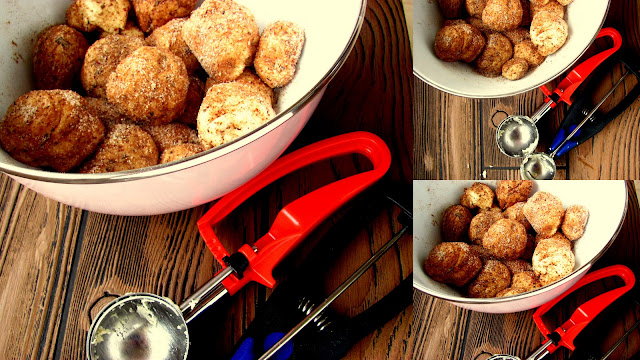 Place in a really well buttered pan , in whatever way ud like , sprinkle any cinnamon sugar if left , lotsa pecans (or maybe a hazelnut or 2 ) 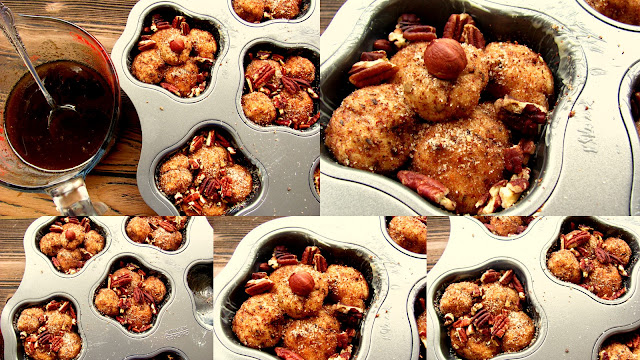 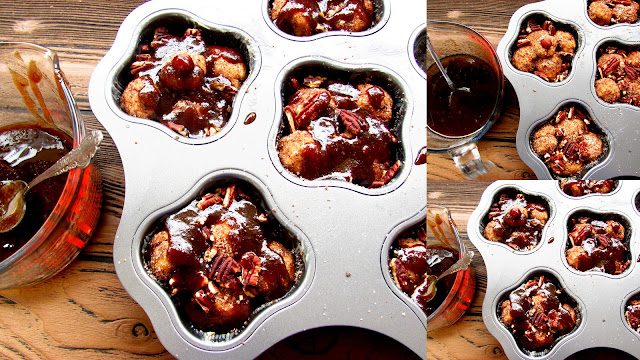 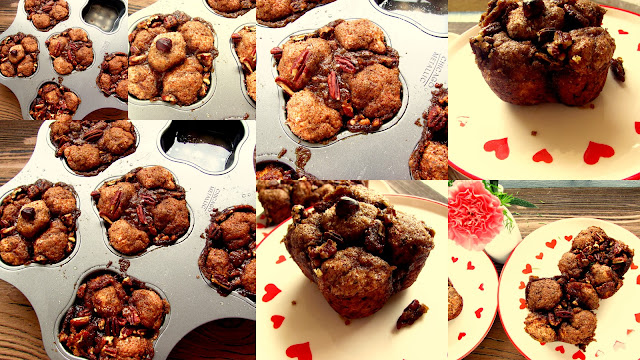 Method – Cinnamon Dusting
Combine the vanilla  sugar and cinnamon in a zipper top bag or large bowl and set aside.

Method – Cake
Preheat the oven to 180C. Grease , really well a nonstick 12cup/8inch Bundt pan  or mini pan like this(i got 5 of these little ones)
Cut the butter into 1/4inch pieces and chill in a bowl while u Combine the flour, baking powder, baking soda and salt in a large mixing bowl.
Add the chilled butter pieces and, with an electric mixer mix on low speed until the mixture resembles coarse meal.
Stir in the buttermilk until the mixture just comes together, adding an extra tablespoon or two if the mixture is too dry.
Use a small ice cream scoop or spoon to scoop up balls of dough and transfer them to the zipper top bag or the large bowl
Shake the bag to coat the balls with the cinnamon sugar.
Place the coated balls of dough in the prepared pan, sprinkling with pecans over them as you go.
Pour the melted butter brown sugar mixture over the cake.
Bake until the cake is firm and well risen and the caramel is melted, about 35-40 minutes.
Let the cake cool in the pan on a wire rack for 10 minutes.
Invert onto a serving platter and serve immediately or if baking mini's lift them with lotsa love , right outa the pan to ur cake plate.
these responded well to a tender touch and love :-)
Store uneaten cake in a cake keeper or wrap in plastic and store at room temperature for 1 day.
(the last bit not needed coz this one will disappear  faster than the time u took to bake them ) 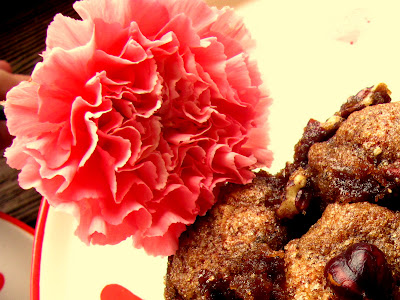 Well i do guess , ur supposed to pull apart this but some slicing wont harm any... 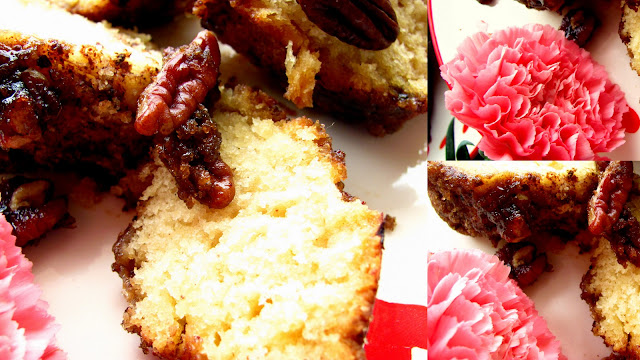 Delciously Buttery and with lods of Cinnamon , the warmth they elude sure keeps ur taste buds really really happyyy. 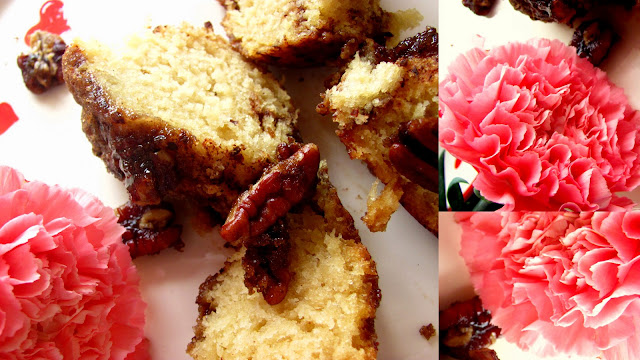 I AM UNDER HIS LOVING CARE

♥LOVED♥ HAVING U OVER,NEVER WANT♥ U♥ TO MISS ANY PARTY HERE...

Promote Your Page Too

HAPPY TO BAKE ALONG 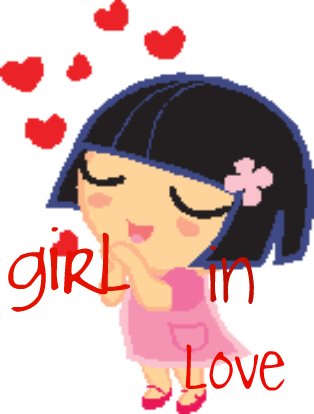 Ofcourse I HEART GIVEAWAYS AND REVIEWS....in a very happy way:-))
would love to hear from u for anything sunshine news or Questions!
vanillastrawberryspringfields@gmail.com 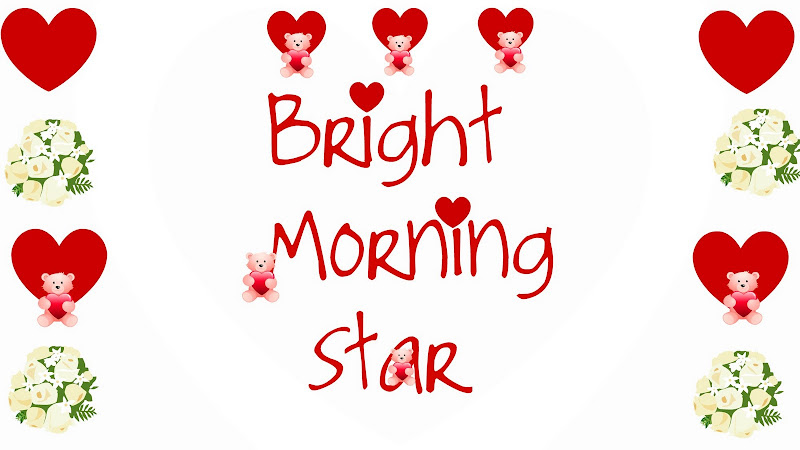 BRIGHT MORNING STAR by MIA SUNDAY ROSE is licensed under a Creative Commons Attribution-NoDerivs 3.0 Unported License.
Based on a work at brightmorningstarsfoodie.blogspot.com.